Rainbow People, Rainbow Bug - Here to Help in the Turning to Love 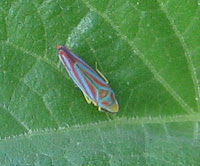 I awoke last week with this bug on my mind.  I photographed it on a sunflower in my yard in the summer of 2010.

Last week on two consecutive days in two different places I heard Pandora's box referenced. I was vaguely familiar with the story of someone named Pandora, a woman of course, being responsible for opening this box and when she did the ills of the world came flying out.  Eve tried the apple. Pandora lifted the lid.

I had never heard the final part of the story, the part related to the bug.  On both days, persons referenced Pandora opening the box (or jar) one more time.  And when she did a tiny bug flew out, a tiny bug that introduced itself as Hope.

Hope then flew into the world.

This morning I awoke early again with the bug from the sunflower and these thoughts going through my mind:  The bug symbolizes so many of us.  We are the Rainbow people. We often think ourselves  small but we are not.  We are Hope.  We come from the Sun and are of the Sun, the Sun of Love and Light.

We are here for this time to help with the Great Turning to Love.